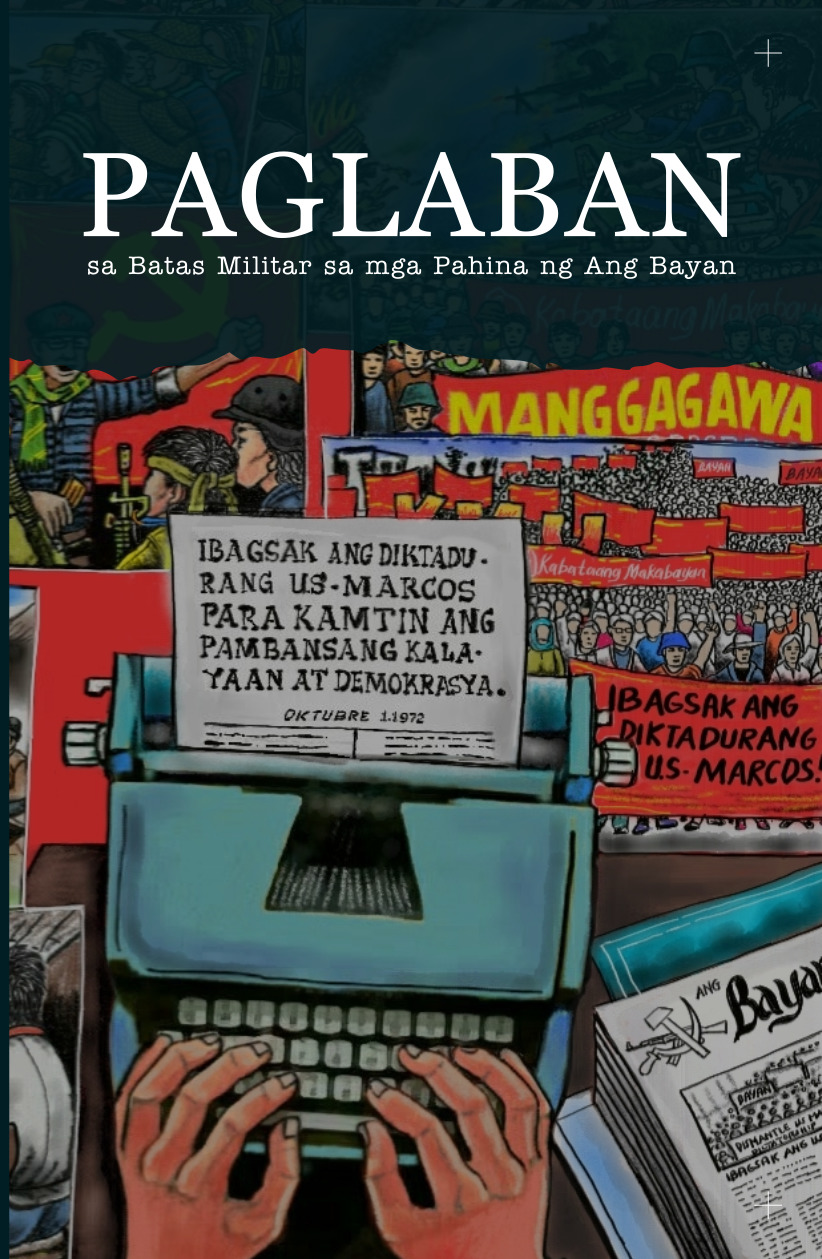 Paglaban sa Batas Militar sa mga Pahina ng Ang Bayan (Resistance to Martial Law in the Pages of Ang Bayan) is a 400-page anthology of key editorials and news articles published in Ang Bayan from September 1972 to February 1986, during the period of martial law rule under dictator Ferdinand Marcos Sr.

The book is foreworded by Prof. Jose Ma. Sison, the founding chairman of the Central Committee of the Communist Party of the Philippines, who also served as editor-in-chief of Ang Bayan from 1969 to 1976.

You can read this book online or download the book (PDF) from here or from the PRWC, here (Google Drive), or here (Proton). (Thank you for those who provided these additional links-Eds.)

Ang Bayan and the resistance
to Martial Law

When martial law was declared on September 21, 1972, all forms of expression was prohibited. Demonstrations were banned. The press was padlocked. Oppositionists and activists were rounded up and thrown into jail. Many were killed outright.

The Communist Party of the Philippine (CPP), re-established four years prior, was the only political party ready to fight the martial law regime. Its cadres and members both in the cities and countryside, were determined to lead the Filipino people in their resistance against the fascist regime.

Ang Bayan, the Central Committee's news organ, played an important role in organizing the people's resistance. Through AB, the Party was able to set forth the line of struggle and served as a means of organizing and mobilizing the masses and revolutionary forces.

As we mark the 50th year of the declaration of martial law, we draw inspiration from the victories achieved by the broad masses of workers, peasants and other democratic sectors, borne out of the hard work and sacrifices of the Party's cadres and mass activists.

You can also visit the Web Archive page of the PRWC to read or download digital copies of the old issues of Ang Bayan as well as other materials from the CPP.